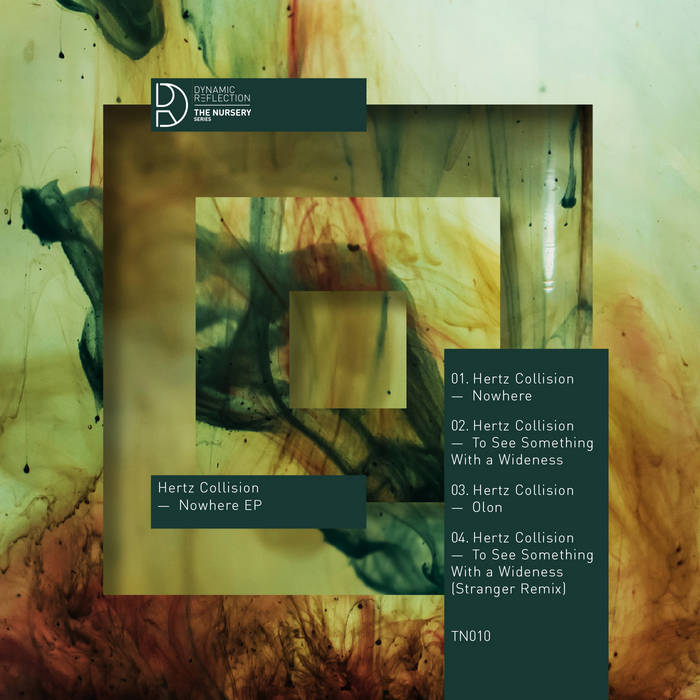 The established duo Hertz Collision from Italy provides the latest
the Nursery Series, called Nowhere EP. And what a rendezvous it
is; the two have in no way lost their touch of magic since their last
contribution in early 2015. The result is another convincing piece of
modern day techno, produced in their recognisable own style.

But within that style, they skillfully demonstrate that there is plenty of room for variation. The EP opens with its title track, which heralds fragile though steady grooves accompanied by a bleepy, two-tone lead. From there onwards, the trip continues through the highly repetitive and magnetizing ‘To See Something with a Wideness’ into the thumping ‘Olon’.

The Netherlands’ rising star Stranger provides a remix, which is – as one might expect – his one rave-inspired version of the EP’s third track, containing his ever-present wink to the nineties.
Concluding: there is, yet again, a real treat to be found in this
package, and The Nursery continues to show that young age and
talent go hand in hand with techno from the top shelves.

Dynamic Reflection is a Dutch techno imprint sprung from the mind of Paul Boex. We release dancefloor-oriented techno in its purest form. Music that stands out from the ever expanding mass of tracks; we put out techno that triggers.

Bandcamp Daily  your guide to the world of Bandcamp